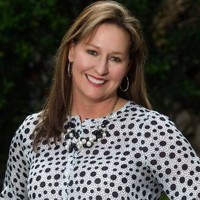 Audra Sullivan is President of Vogue Insurance Agency, LLC. She has been in the Insurance industry since 1993. After working at Blue Cross and Blue Shield of Texas as a Marketing Service Representative, she worked with several hundred brokers as a Broker Sales Executive at BenefitMall. At BenefitMall she was a part of the BenefitMall Elite Sale Team and was awarded the BEST Excellence Award in sales for four consecutive years. As Vice President of Granite Benefits, Inc., she managed the Employee Benefits Department.

Audra was born in Waco, Texas and moved to Arlington in 1991. She attended Baylor University and received a Bachelor of Science in Education in 1991 and then Charter Benefit Consultant Designation in 2006. Her SGS, Small Group Specialist as well as her CHRS Certified Health Reform Specialist.  As a member and Past President of the Fort Worth Association of Health Underwriters, she has won numerous awards including member of the year in 2003 and Chapter of the Year in2005 and as Education Chair the Chapter Education Award and the 2011 Robert Olser Education Award from NAHU. She has held several positions in the past on the Board of the Texas Association of Health Underwriters. As an instructor for NAABC and ComedyCE, she has traveled throughout the United States teaching consumers and members of the insurance industry about insurance products and Legislative issues that currently face the market.  She is currently the President for TAHU.

She has two children Nicklaus, who is in the U.S. Airforce and Jordan who is currently enrolled in college.  In her spare time, she enjoys camping, reading, playing golf and spending time with her family.